Since the 1980s, horizontal directional drilling technology has grown and developed exponentially. These machines now allow underground infrastructure to be installed without the need to disturb or remove most of the ground or hard surface above the installed infrastructure. In addition, the new utility will be installed while the bore head and steel are being guided by the crew and the machine’s electronics to avoid existing underground infrastructure so a new utility can be installed from the entry to the exit points of the bore. Whether it be a single half-inch service line or a multiple conduit duct bank, with this technology we can complete installation with less disruption to your yard, sidewalks, parking lot and/or streets.

In addition to hard surface areas, horizontal directional drilling technology can be used to install utilities under waterways, such as creeks, rivers, pond and lakes. The electronics can maintain both depth and direction so even waterways can be crossed in a safe and efficient manner. Another benefit and use of horizontal directional drilling technology is that it can be used to install infrastructure beneath sensitive areas, such as established landscape areas, old growth forests and riparian zones, all while causing minimal disturbance to the surface or to the sensitive ecological areas, thereby adhering to the strict municipal, county, state and federal environmental laws and other green initiatives. 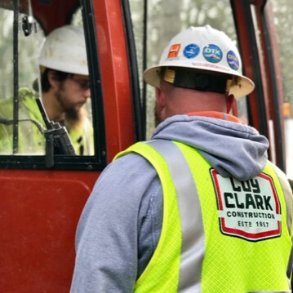 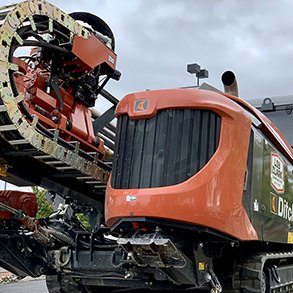 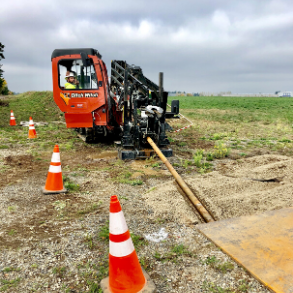 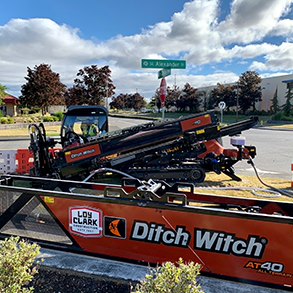 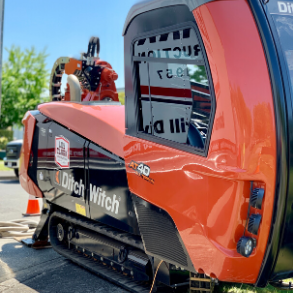 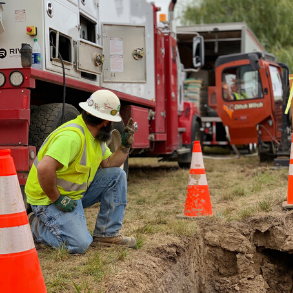 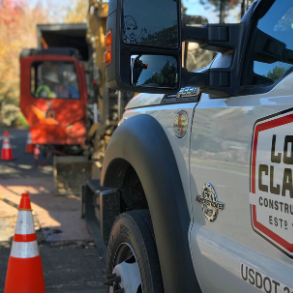 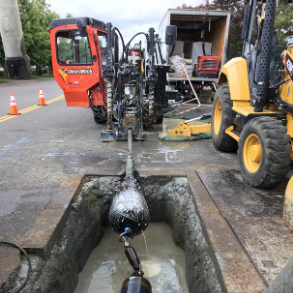 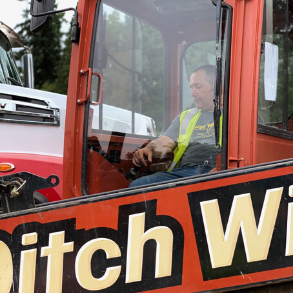 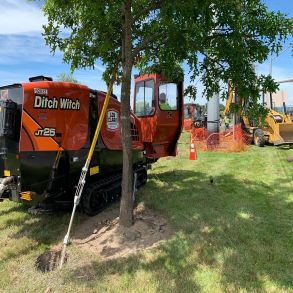 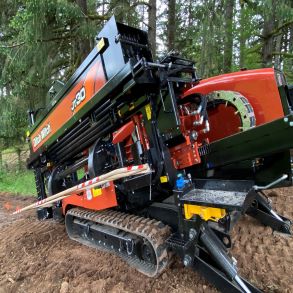 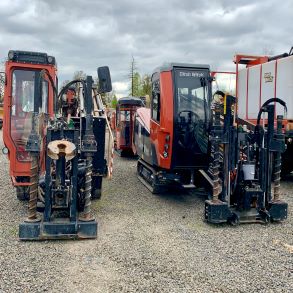 We have a fleet of directional drills that range from a pull-back power of 5,000 to 60,000 pounds with the capability to bore and install pipe ranging from one to 36 inches in diameter in either single or multiple pipe configurations and length of runs up to 1,500 feet (based on pipe size). Due to our deep experience in the horizontal directional drilling industry and the fact that we own and operate several all-terrain drill machines, our crews have become efficient in all types of subsurface conditions that provide us the capability of drilling in clay, sandy, cobble, solid or fractured formations. We operate a state-of-the-art modern fleet of directional drilling equipment that is maintained by our in-house, full-time mechanics, welders and mobile service vehicles who work out of the shop at our headquarters building.

Loy Clark Construction provides service for both residential and commercial customers, as well as public utility entities. We are equipped to install underground natural gas, electrical, phone, cable television, domestic water and sewer infrastructure. At Loy Clark Construction, our primary focus is on you, the customer. Whether you are a small or large customer, we believe that exceptional service builds long-lasting relationships.

We specialize in achieving customer satisfaction and delivering a quality product that will last.

This website uses cookies to improve your experience while you navigate through the website. Out of these cookies, the cookies that are categorized as necessary are stored on your browser as they are essential for the working of basic functionalities of the website. We also use third-party cookies that help us analyze and understand how you use this website. These cookies will be stored in your browser only with your consent. You also have the option to opt-out of these cookies. But opting out of some of these cookies may have an effect on your browsing experience.
Necessary Always Enabled
Necessary cookies are absolutely essential for the website to function properly. This category only includes cookies that ensures basic functionalities and security features of the website. These cookies do not store any personal information.
Non-necessary
Any cookies that may not be particularly necessary for the website to function and is used specifically to collect user personal data via analytics, ads, other embedded contents are termed as non-necessary cookies. It is mandatory to procure user consent prior to running these cookies on your website.
SAVE & ACCEPT